The monument at Byrd Mill Park commemorates Washington State Historical Road #1 (Byrd Mill Road). It reads: "This military road afforded the only route of escape from the Puyallup Valley to Fort Steilacoom during the Indian War of 1855. "Along this route in 1864 there was built the Russian-American Telegraph Line which was proposed to extend to Europe by way of Bering Strait and Asia."

This park has no rental facilities. 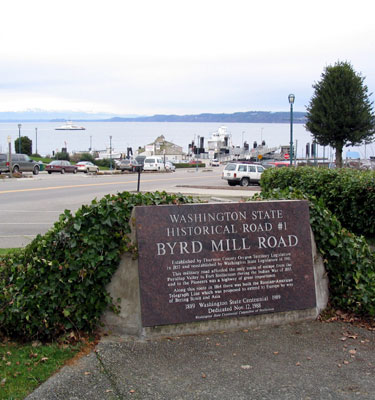