For his actions on May 26, 2008 in and around Paktya Province, Afghanistan, then Staff Sgt. Petry, a Ranger with 2nd Battalion, 75th Ranger Regiment on Joint Base Lewis-McChord, threw away an enemy grenade, protecting and saving the lives of two wounded, fellow Rangers. He lost his right hand and sustained other injuries in the process.

Petry is only the second living recipient of the nation's highest award for valor in the wars in Iraq and Afghanistan. On March 3, 1863, an Act of Congress authorized the Medal of Honor.

Near the flagpole in front of Town Hall is a photograph of Petry paying tribute to fallen Rangers and the citation to his Medal of Honor. 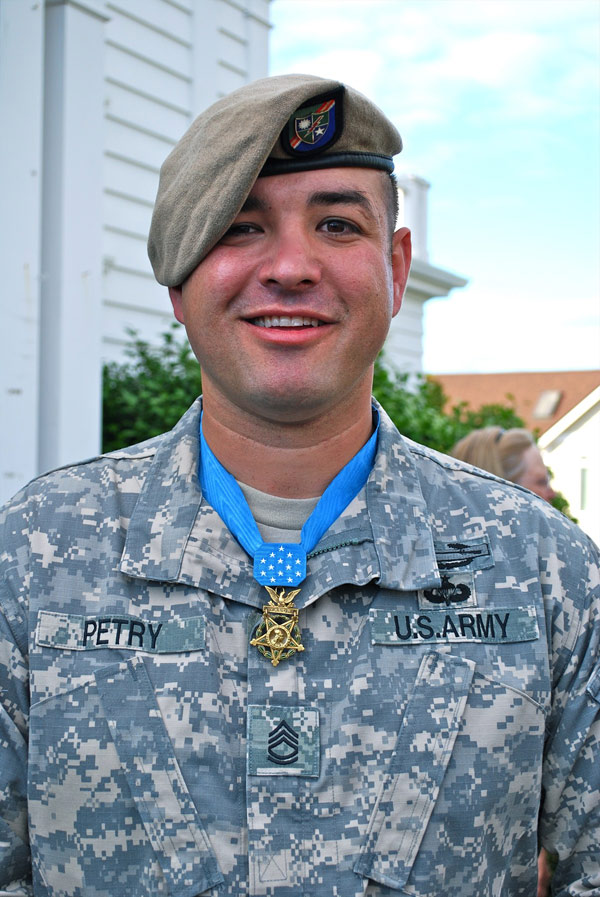 Petry Family Given House in Steilacoom 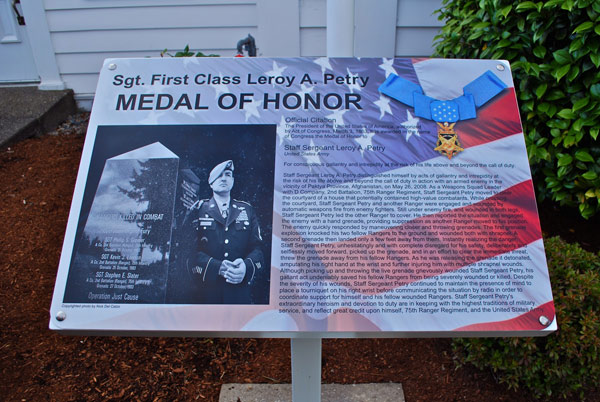 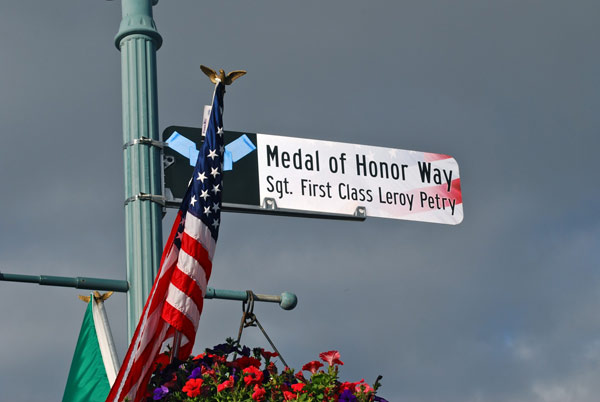