Precontact
The Steilacoom Tribe was an independent group inhabiting a geographic area now known as the Tacoma Basin. There were approximately 600 Steilacoom Indians living in five bands within the basin. They spoke a separate subdialect of the Puget Sound Salish language. Unlike their closely related neighbors, the Puyallup and the Nisqually Tribes, the Steilacoom did not have a glacier-fed river within their territory for freshwater resources. The principal feature of the Steilacoom territory was a group of spirit-inhabited lakes.

The Name "Steilacoom"
The main village in the Tacoma basin was located on Chambers Bay. It was called Scht'lǝqwǝm, later anglicized as Steilacoom.

It received its name from the Fringe Cup (or Indian Pink) plant that grew so abundantly on the bluffs. The villagers were called Scht'leqwem-amsh, or “Steilacoom People.” The use of the label “Steilacoom People” to apply to all the residents of the drainage basin followed a common practice in the Puget Sound region. The name of the most prominent saltwater or downriver people was extended to include all the other people in the tribe. 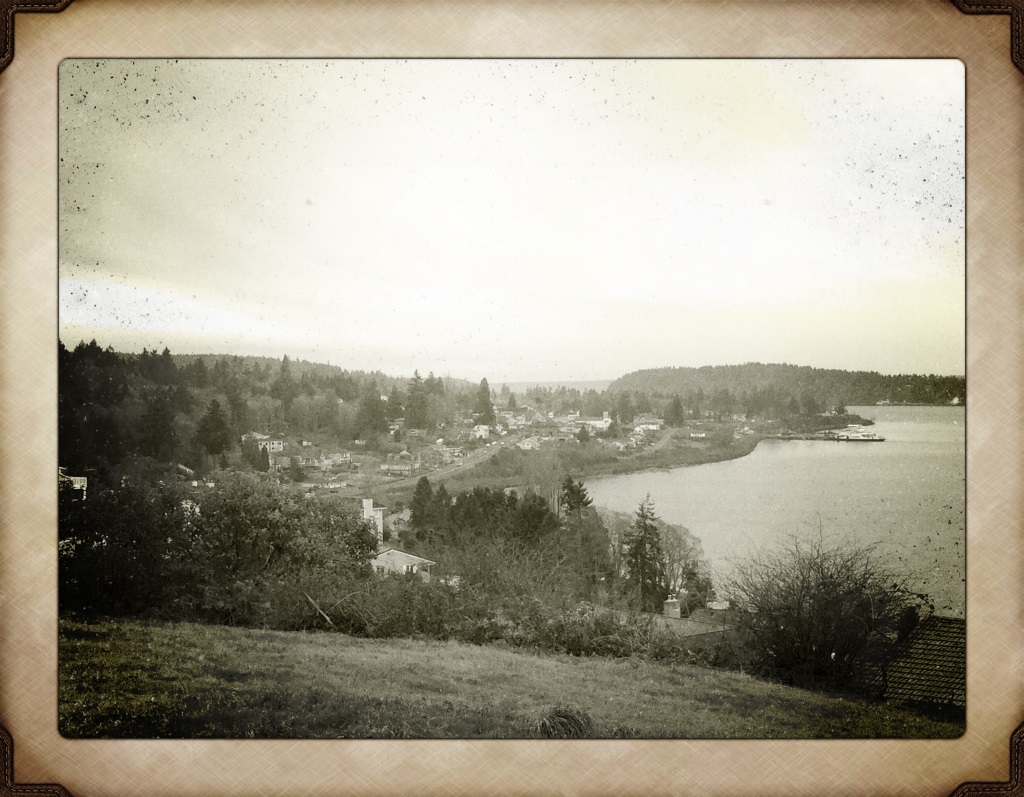